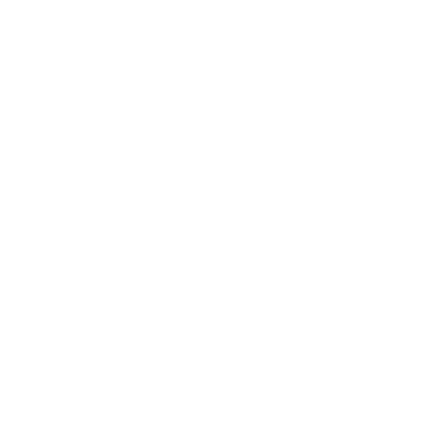 “Disorganized immigration policies hurt everyone”. These are the words pronounced by Gentian Alimadhi, an Albanian, ex-illegal immigrant-turned lawyer, and aspiring Mayor of Parma, an Italian city that symbolizes “chic”. As the center-left candidate in the March 5th primary, he is, in fact, the real “news’ in this Mayoral race.

Q: How is it that you arrived in a boat and were able to become a successful professional and maybe, a politician?

A: I often ask myself the same question. One thing is sure, the sheer will and desire for redemption counted a lot. Each one of us sets his/her life’s objectives, and once they are met, there are always new ones to try to reach. Once I landed on Italy’s shores and stepped of the boat, I was obsessed with (or perhaps saw in a mirage) my residency permit. Once I got that, thanks to the job I had found in a factory, I decided to get my Italian university degree. With my degree in hand, I decided to aim high: to become a lawyer. In the meantime, I got married and had two children. But, my decision to throw my hat in the ring for Parma’s Mayoral race is a different kind of challenge than the ones I’ve just mentioned. Because, it does not have to do with my personal will, but is the result of the belief in me that many people have demonstrated. Men and women who are convinced that the values of the Left – solidarity, equality, hospitality – are worth fighting for.

Q: How did Italy and the Italians themselves welcome you?

A: When I arrived in ’93, the Albanians were the bad guys of the that period. I could feel the prejudice all around meit didn’t bother me though. I was cool. Probably because I brought with me a certain preparation for life from my parents, who had taught me since I was a small kid, that if you behave well and demonstrate respect towards others, you will always be able to find your way. The lessons about the workplace, however, I learned from Italy. Seeing the employer side by side with his workers taught me a lot. I consider my period as an illegal immigrant and as a factory worker as a university of life.

Q: The Left has always been reticent about the battle against illegal immigration and also about Italian language courses for foreigners. What is your opinion?

A: As a “new Italian” myself, I can’t help but take to heart the terrible situation that awaits those who undertake the arduous voyage and life as an illegal immigrant just to earn the right to a small piece of life and any opportunity, at all costs. However, I feel that Minister Minniti had the right idea to adopt a comprehensive strategy for managing the flows of immigrants. One that guarantees integration, manages the relationships between nationals and immigrants, reinforces the fight against terrorism and addresses security issues. A disorganized immigration plan serves no one, least of all, a plan with objectives well beyond the capabilities of those on the welcoming end. Specifically, Parma comes to mind. Even if it breaks my heart, I cannot accept seeing human beings forced to live in the extreme cold under bridges. Illegal behavior has to be prevented and repressed by the police and by the judiciary channels in place. Behaviors that threaten the security of the country cannot be tolerated regardless of who is responsible for them, nationals or foreigners. And regardless of whether or not they are punishable offense. The only way to respond to the historic and unstoppable flow of immigrants, is to create “new Italians”. Starting with Parma. New citizens who respect the social context of their “hosts” and are willing to share their values, receiving in return the willingness of others to listen and respect their cultural identity. I see the formation of a new vision and culture of citizenry as key. Giving to those who have just arrived and received permission to stay, the tools to become true citizens of Parma and Italians, from the speaking of the language to the embracing of local customs. We will be able to create security that will be a byproduct, above all, of the investment in dialogue, listening, and culture, from the high civilization to which my city legitimately boasts. The promotion and teaching of the Italian language is fundamental: it is the living synthesis of an identity and way of thinking of a people. It is impossible to think that one could live a dignified life in this country without speaking or understanding Italian. If these ideas can contribute to the positive evolution of the Left, I am happy to dedicate all of my energy to this end.

Q: A recent law was proposed that would allow the asylum seekers to participate in socially useful jobs. Wouldn’t it be better, instead, to leave them free to look for their own employment, after having completed Italian language courses?

A: As I already said, learning the language is key. This is true at any stage, already having received residency permits or awaiting asylum. I think that asylum seekers engaged in some type of socially useful work can only be positive, especially for them. But, also for the institution involved in the welcoming efforts and also for those who have the right to asylum. This formula will allow the asylum seeker the dignity of work, and, at the same time, a control of the masses of immigrants that is respectful of the individual; this type of control would not be possible if the immigrant was condemned to the life of an illegal immigrant.